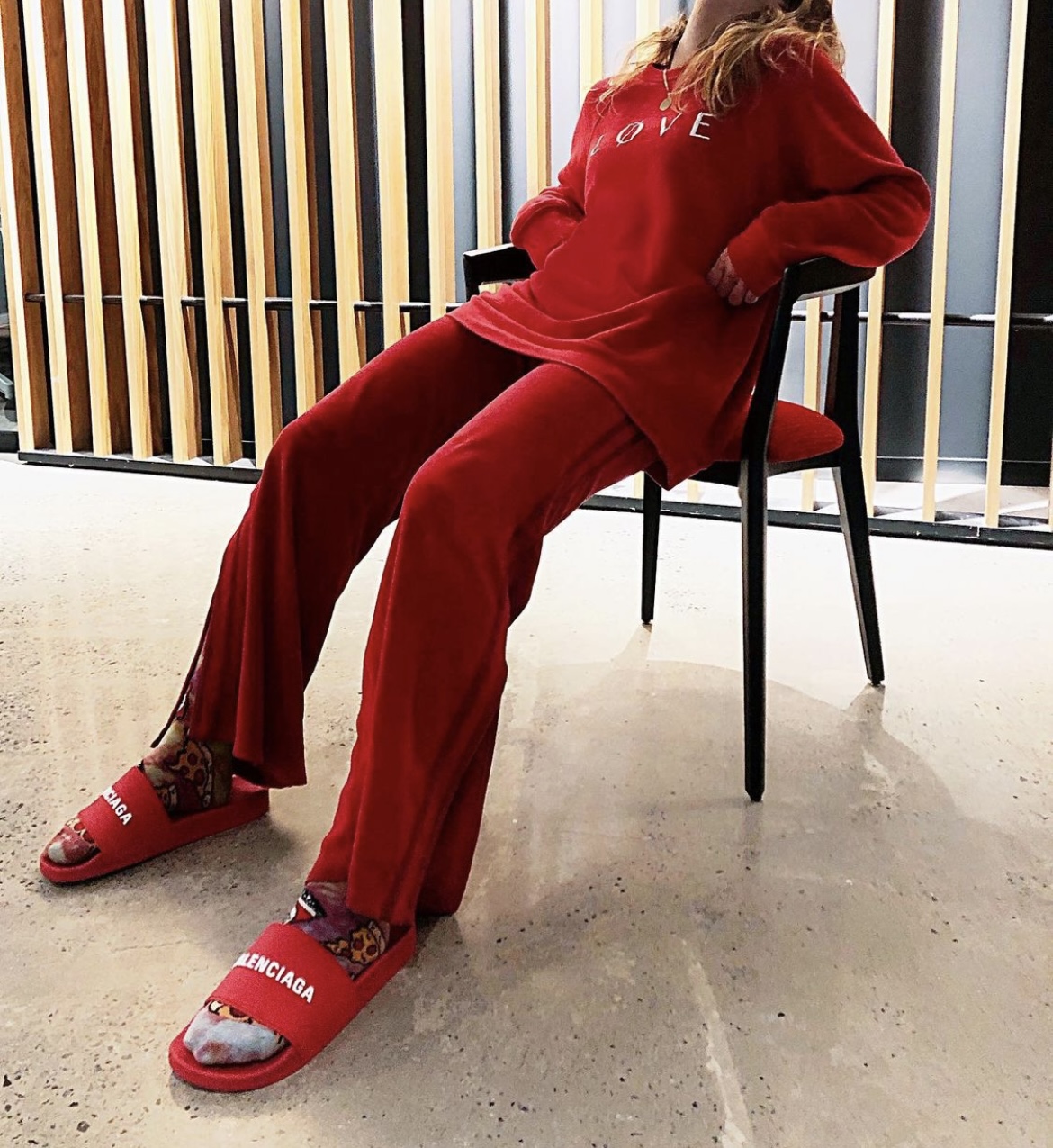 Are “work” clothes on the way out for good?

For two-ish years now, the button-down shirts that rest comfortably on a rod in my closet have been staring at me – challenging me even, as if to say: You ever gonna wear me again?

The answer is of course yes, but while I was thinking about this imaginary question, posed by the inanimate piece of cloth, I couldn’t conjure up too many scenarios in which I’d willingly slip one on.

Button-downs, in this writer’s humble opinion, aren’t exactly comfortable, but they’re not uncomfortable either – they just kind of are. They’re available in all manner of patterns and textures – there’s the cotton one with multicolored stripes streaking from top to bottom; the crisp, monochromatic, need-it-in-your-closet blue or white one, crafted from oxford cloth; and a personal favorite, the flannel, which is at once comfier – an exception! – and more hectic, in its design, than many of the staid, boring versions you’ll find at your local Brooks Brothers.

Before we dive any deeper into this sartorial pit, a quick word about the piece of clothing in question: button-downs will probably always be an essential piece of some pristine-looking get-ups – think tuxedos, well-groomed suits, and the button-down, blazer, no tie look that seems to be gaining prominence nowadays. Much like your band’s favorite drummer, though, they’re great as part of an ensemble, but not-so-great when they’re forced to go at it alone.

Another quick word (sorry): I don’t really know shit about fashion or its evolving trends – I’ve been clinging to the sweatshirt-and-fine-looking-pant look since around 2010. I’m just riffing here, throwing stuff against the wall to see what sticks. A David Coggins column, this most certainly is not.

But if we’re to assume, for just a second or two, that this is a Coggins old-man-yells-at-cloud treatise on the sweatsuit-ification of America, then this is probably the moment where he would start proselytizing about all the benefits of “dressing up,” and how it helps with this, or alleviates that. But you know what really keeps the brain fresh – no thought required! – and the body comfy? That’s right, a steady diet of sweatpants and sweatshirts.

All that aside, I do still think I might be onto something here, but just to double-check, I asked some similarly-aged people – vicenarians, if you will – about their pandemic-era style. What I heard back was that, yes, people are moving away from those “in-between” clothes more and more these days, mostly in favor of athleisure or pieces that they enjoy – the ones they feel represent who they are. Some of these people, like me, have lovingly wrapped their arms around this comfort-fueled movement, but there are also several others who expressed that they’re ready to get back out there, to ditch the sweat-clothes.

The work-from-home revolution has thrown all of our wardrobes into flux. Lounge-around clothes are work clothes are going-out clothes are casual-dinner clothes, and on and on. But it’s also catalyzed a long-overdue conversation about how, or why, what you wear has anything to do with what you do at work. Why has widespread uniformity in the workplace become a hallmark of our society?

Lydia Dishman, a staff editor at Fast Company, knows much more about this. “Changes in working attire in the European world really began back in the 1600s. That’s when lawyers, civil servants, and other professionals in London, Amsterdam, and Paris first started working from offices.” she wrote in August 2019, in a piece entitled, “Why we dress the way we do at work.”

Dishman goes on to explain that, for men, this shift meant embryonic versions of what we now recognize as the modern suit: trousers down to the knee, frosted shirts with way too much lace, a vest, and a cape (yes, our forefathers were rocking capes). Women, once they were able to enter the workforce, often wore deeply uncomfortable hoop skirts, which they then traded in for their own version of the suit, complete with matching gloves, a hat, and a bag. Then in the first half of the 20th century, long skirts ruled the day.

As time passed, things changed (as they do), and new trends emerged. The 1970s were a wild time, and the collective’s wild and free “fuck it, why not?” attitude eventually seeped into the fashion world. Theresa Avila, a journalist who’s written about fashion in places like The Cut, Mic and Remezcla, wrote a piece for Mic in 2015 in which she tracked the evolution of women’s work style in the 21st century; when she reached the 70s, she wrote, “In her essays on style, the New Yorker’s Kennedy Fraser captured how casual separates like jeans, T-shirts and sneakers made their way into workspaces – yes, even for women.”

As is the case with many trend-shifts, a slow trickle eventually bloomed into a nascent, evolving movement. If one person starts makes adventurous choices, it’s easy to chalk those decisions up to a particular brand of countercultural individualism. But when more and more join in, it becomes something worth paying attention to. And in San Francisco in the 1980s, a fashion movement emerged that demanded everyone’s attention.

Around that time, some young men out in Silicon Valley decided that wearing a suit to work didn’t make much sense; their particular work culture didn’t align with their cross-country financial counterparts on Wall Street, so why would they wear the same thing? From that realization, “business casual” was born.

This new category of work-dress was characterized by “khaki pants, sensible shoes, and button-down collared shirts,” as Deirdre Clemente, author of Dress Casual: How College Kids Redefined American Style, wrote in a piece forThe Atlantic in 2017. Women seized on this evolution too, creating their own acceptable new-age office look, which featured lots of sweaters, blazers, blouses, heels, and even the tried-and-true button-down. 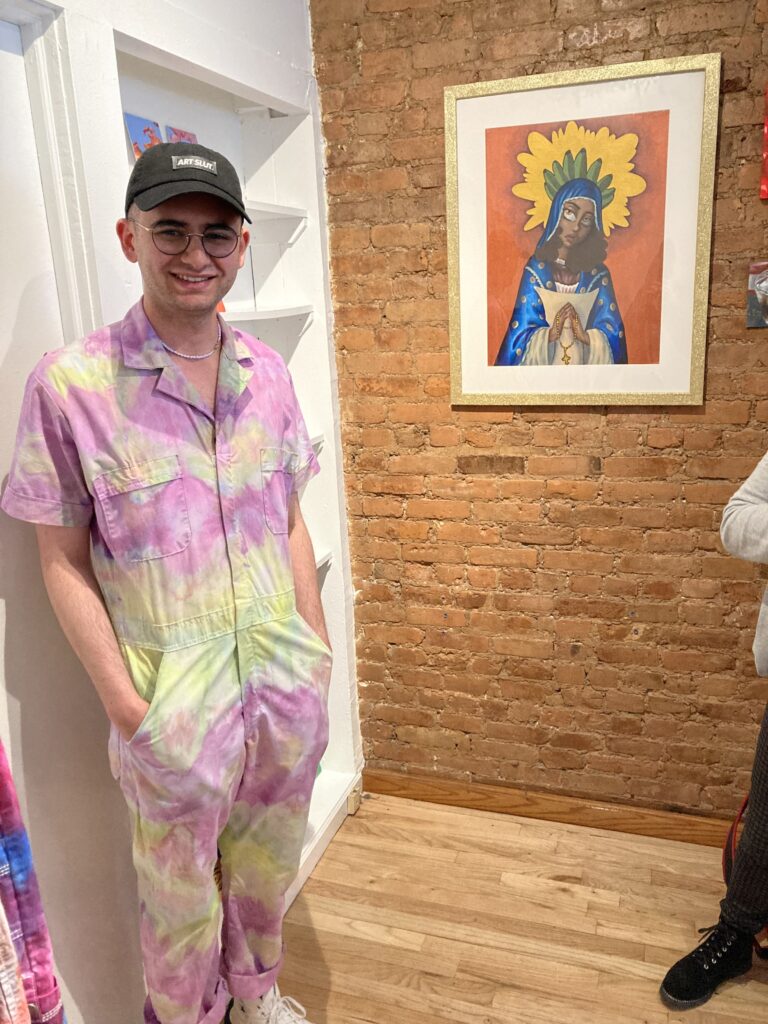 These new work-appropriate wardrobes, at first, represented a break from the orthodoxy, but once the movement picked up steam, it opened the eyes of an entire generation. They slowly arrived at a conclusion that seems rather obvious today: presentability and pragmatism don’t have to be enemies. In fact, these two once-at-odds ideals have only grown closer in the 21st century, and more specifically, in the last half-decade.

The start of that short timeframe is perhaps a good line of demarcation between what was and what is. (We all know what happened in late 2016…)

Before 2017, regularly wearing a sweatshirt and jeans to the office seemed relatively ludicrous. But in the ensuing five years, those pieces began to gain widespread acceptance in work settings. Today, Clemente’s piece reads like a prescient document: “Clothing has always been personal – after all, we wear it on our bodies,” she wrote, “but everyday fashion is moving toward the idea that people can wear what they want, as long as it is authentically them. This principle will define what people wear to work in the coming decade.”

Clemente sort of hints at it, but the entire concept of “business casual” doesn’t really offer people the opportunity to embody their full selves; rather, it eventually turned into what it sought to destroy – a requirement that stifles creative self-expression by enforcing pseudo-uniformity.

Christina Mannino is a designer behind the brands MANNINO and LØVE MEANS NØTHING, and one of the heads of digital content at Bloomingdale’s. She, like Clemente, believes that offices and work spaces should prioritize their employees’ desire to express themselves, a belief she wears on her sleeve, literally – when we spoke over Zoom, she was sitting inside her own office sporting a tie-dye jumpsuit. Mannino, it seems, has been waiting for this movement for a long time.

“In the past, the only reason I would buy those intermediary clothes – stuff that was more business casual – was our dress code,” she explained. “I do think, for women, dress pants and that sort of stuff will pretty much go away. We brought in a brand called Norma Kamali during COVID; she has a bunch of rayon pieces and separates – there’s a jumpsuit, there’s pants, and they’re all made of this stretchy, soft, silky material that can either be dressed up or down.”

But wait, there’s more: “Our active category has been amazing, and continues to be,” she said. “Because all the athleisure – people wearing that every day – is a way to make people feel like they got dressed for the work day without having to put on real clothes.”

So it’s not just me, after all. After asking all those aforementioned 20-somethings about their evolving fashion sense, I arrived at the conclusion that this is somewhat of a shared sentiment – shared being the operative term. Because with something as amorphous as fashion, unanimity is nearly impossible; some people, it turns out, are eager to put the athleisure back in their closet. Daniel Valentini, a software engineer who also happens to be a friend, told me that he’s going to try to dress up more going forward, as a result of all this. To that I say…to each their own.

I think the overriding conclusion is that it’s impossible for fashion to be black-and-white. When you combine multiple articles of clothing with billions and billions of unique fashion ideologies, you get infinite possibilities.

The sociologist Herbert Blumer, fascinated by how realities change due to the actions of both its individuals and larger groups, lent his brain to the world of fashion a little more than five decades ago. His words, surprisingly, resonate just as much in our current moment as they did back then. “First, the area in which fashion operates must be one that is involved in a movement of change,” he wrote in The Sociological Quarterly in the summer of 1969, “with people ready to revise or discard old practices, beliefs, and attachments, and poised to adopt new social forms; there must be this thrust into the future.”

The future, as we know, is notoriously hard to pin down, but it’s evident that change is happening, right in front of our eyes. Can that change create a world where people are free to wear what they want, when they want? I sure hope so, and I think that’s one thing everybody can agree on.