Partying Online is the New Normal

Remember when we had to wait in line to get into a party and once inside wait in another line to get a drink then back in line again to use the restroom? The nightlife was about crowds, about wanting to be where the lines were long. Waiting was part of the ritual—it symbolized a community and common interest. The pandemic has changed everything we once knew, including party culture. Now if you want to get into a party you no longer have to wait in line—you need a Zoom ID.

Zoom, the video conferencing platform that was only intended for school and other work-related meetings is now the common host for parties in New York City. Venues and party organizers that were forced to put their events on hold are now using Zoom to continue where they left off.

During a Zoom party typically there is a main host who curates the music and the theme of the party. Unlike regular parties where everyone dances on a crowded dance floor, the new normal is to set up a place in your home where you can drink, dance, paint, or even bake. It’s what Jennifer Peepas, who writes the advice blog Captain Awkward, calls “parallel socializing” according to the Los Angeles Times. Everyone parties on their own—together.

Robert Chong, a Harlem-based artist, designer, and party organizer has hosted three parties since the start of quarantine—two of which I attended (or logged into). For three hours Chong DJed while party attendees logged in and out. There was dancing, drinking, baking, and hookah smoking. Everyone, including myself, created a space that was fun yet comfortable. I lit candles, served myself a drink while my roommate tossed a pizza in the oven.

The second time, people got a little more creative. There was a girl pole dancing in her room, a drag queen, and someone wearing a halloween mask. There was even an invitee from Canada. The “Speaker View” became a rotating spotlight, giving everyone a moment to twerk and shine. 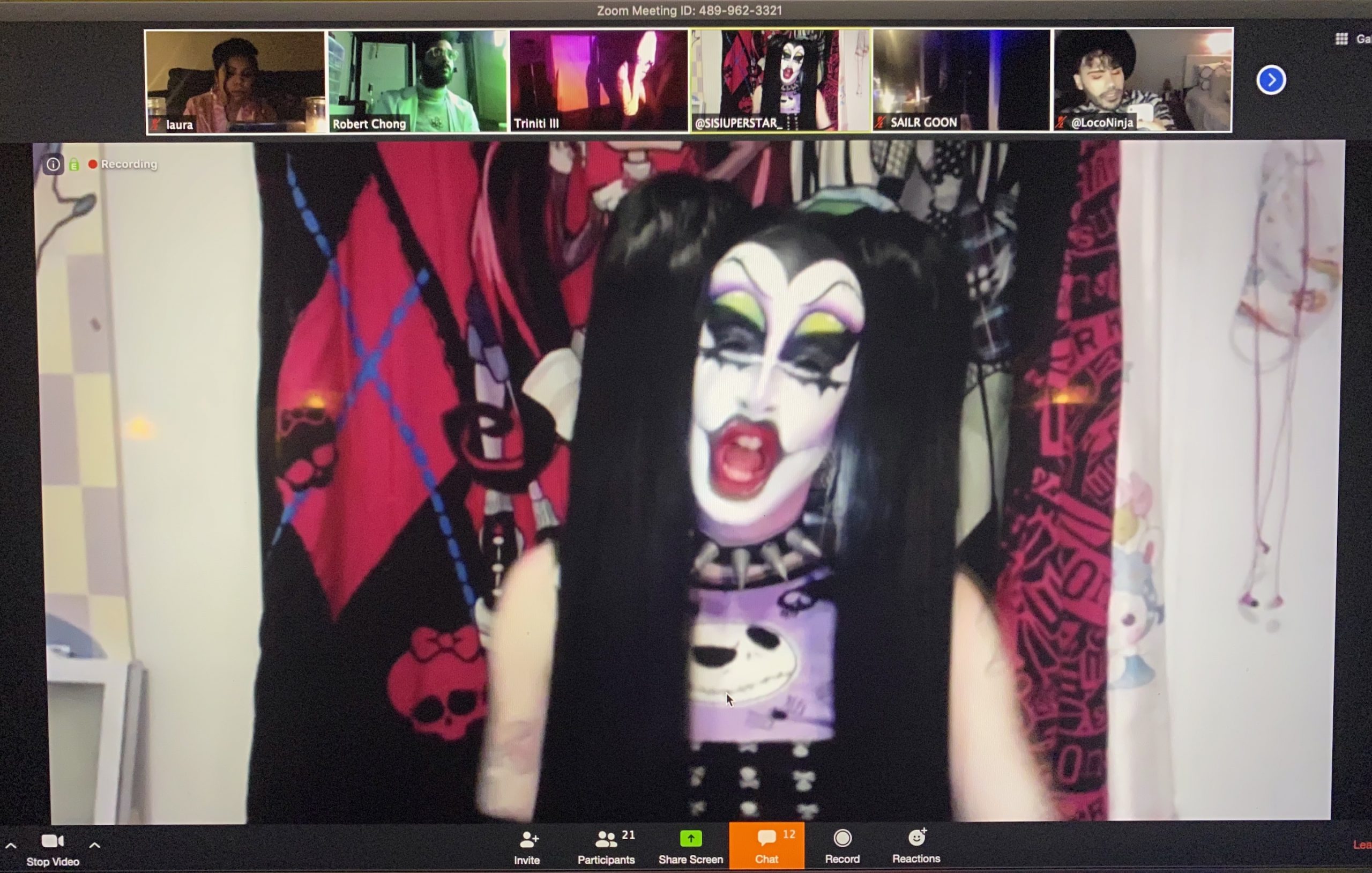 Chong’s party among other popular parties in the city like Papi Juice and Oriza have become an escape from isolation for many—while staying at home. It’s an excuse to wear makeup and a cute outfit again. I danced in my living room as did everyone in their own space and for those three hours I didn’t feel alone anymore.

Just the idea of partying through a video conferencing platform seemed ridiculous two months ago but now it’s becoming increasingly more popular all across venues and party organizers. I find myself searching for events through Instagram when at first I found it somewhat silly. How entertaining could it be to “party” in my living room by myself? But as it turns out I was wrong—Zoom parties can be really fun.

Although crowds are not a thing anymore, the platform allows you to see and be seen by others—something you can’t get from Instagram Live or Twitch which have also served as alternative platforms for hosting parties.

I could easily just choose a playlist at home and do the same, but it’s the sense of community and ability to actually see others that makes Zoom an ideal platform for parties. Another reason why Zoom is preferred is for its unique offerings. “Zoom has some features that mirror social media apps. A button called Touch Up My Appearance casts a soft focus over the video display, smoothing out the skin tone of the presenter like an Instagram filter. Custom backdrops can hide messy bedrooms,” according to the New York Times. In general, the platform works well for a party scene given all the limitations from social distancing.

So what does this say about us and what it may lead to? Seeing how creative people have been using the platform proves that as a generation we are quick to adapt. Out of all the negative things we could come up with during this quarantine and current state of the world there’s instead the positive realization that we can use technology as a constructive tool to deal with inevitable changes.

Truth is party culture will not be like it used to be—at least not for a long time. Even when the city reopens, venues will have to keep attendance at a number that will be way under the capacity. This will affect the whole industry financially. If DJs and venues can’t make their money from ticket or drink sales like they used to, it means that parties will not be hosted as regularly as before.

This opens up a whole new opportunity for tech companies to innovate and create more platforms like Zoom to fill in the gap. “Video presence isn’t a new area for us,” Mark Zuckerberg told the Verge about keeping up with the rising demand for video interactions since the start of this quarantine. “But it’s an area that we want to go deeper in, and it fits the overall theme, which is that we’re shifting more resources in the company to focus on private communication and private social platforms, rather than just the traditional broader ones. So this is a good mix: we’re building tools into Facebook and Instagram that are helping people find smaller groups of people to then go have more intimate connections with, and be able to have private sessions with.” Facebook rolled out Messenger Rooms—a tool for starting virtual hangouts with up to 50 people—a couple of weeks ago. 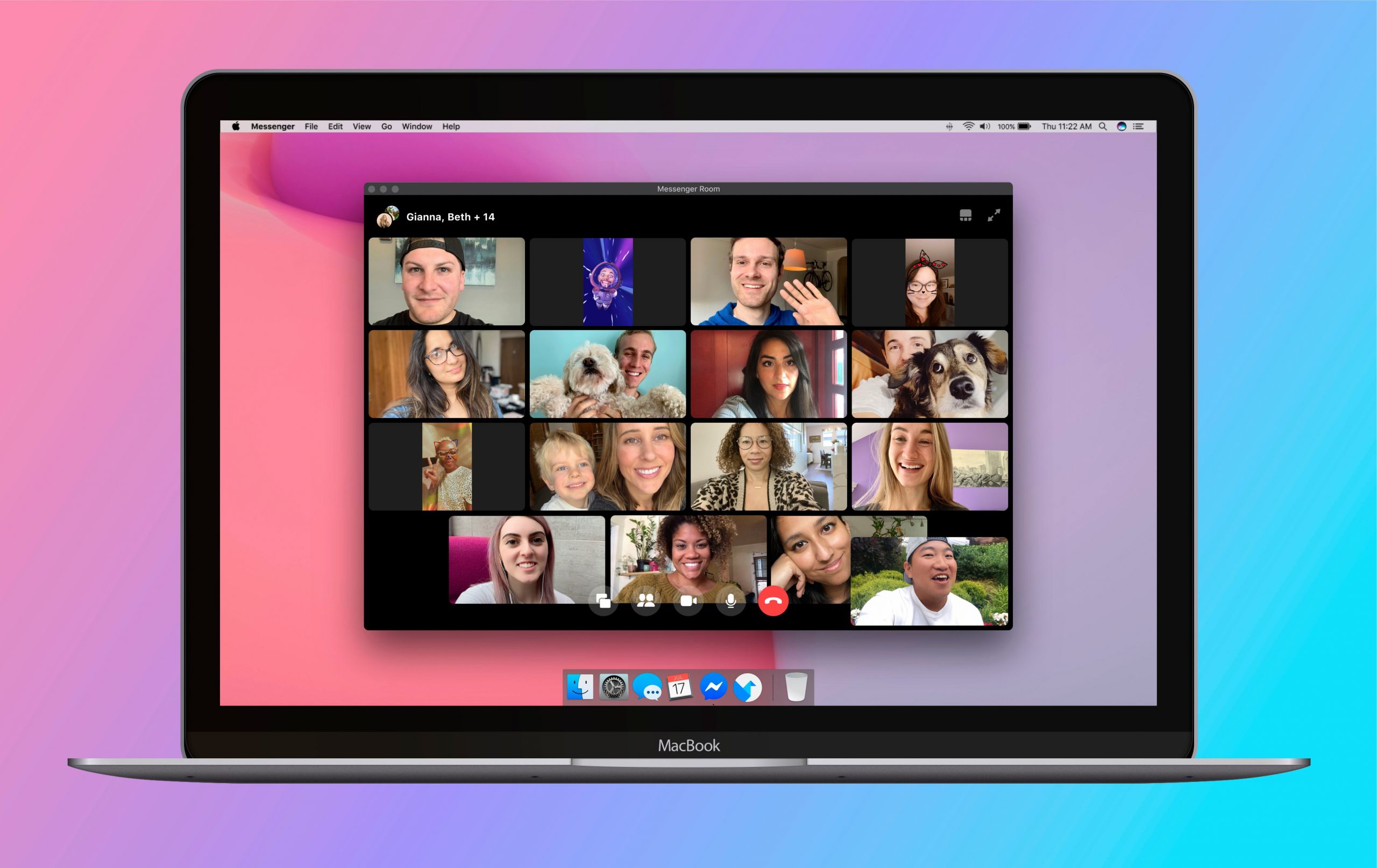 With competition surging, Zoom will have to upgrade and add new features to keep up. “Students say they want things like better direct messaging, more funny face filters and the kind of stickers, live video effects and editing tools they get on platforms like TikTok and Snapchat,” according to the New York Times.

Party organizers and DJs have already realized that there is money to be made through Zoom parties. There is a need for them— parties lift the spirit and remind us why we used to wait in line in the first place. We’ve realized the perks of using this platform which could go on even after we reopen. It opens up possibilities for more collaborations and creative ways to party. Regardless of all the anxieties and frustrations that we feel at this time, parties continue to be a space to self-express, dance and meet people, only now we’re doing it through a screen—welcome to the future of party culture.