The world you know seems to be on fire outside of your window. You asked the firefighters “How can I help?”

“Please, just stay inside,” they replied.

For many Americans, this is a particularly difficult thing to hear. Beyond the economic consequences, it’s hard to square the American ideal of “hard work pays off” with the instructions “stay home, stay healthy, that’s how you can help.”

It seems like Animal Crossing: New Horizons was specially formulated in a lab for this quarantine.

In the game, you take charge of a villager, moving to their own little island, where you immediately fall deep into debt to a raccoon named Tom Nook and his 2 raccoon children, Timmy and Tommy, in exchange for a one-room house to call your own.

You can work to pay off your debt by doing various menial tasks, like fishing or collecting the bugs that roam wild on your island, selling the fruits of your labor. The eventual goal is to create a thriving community on your once-barren island, enticing new anthropomorphized animal villagers to your island with things like great landscaping or urban planning.

But today, in a world of social distance, instead of putting their friendships, relationships, and lives on pause, Animal Crossing: New Horizons has given users an opportunity to continue. 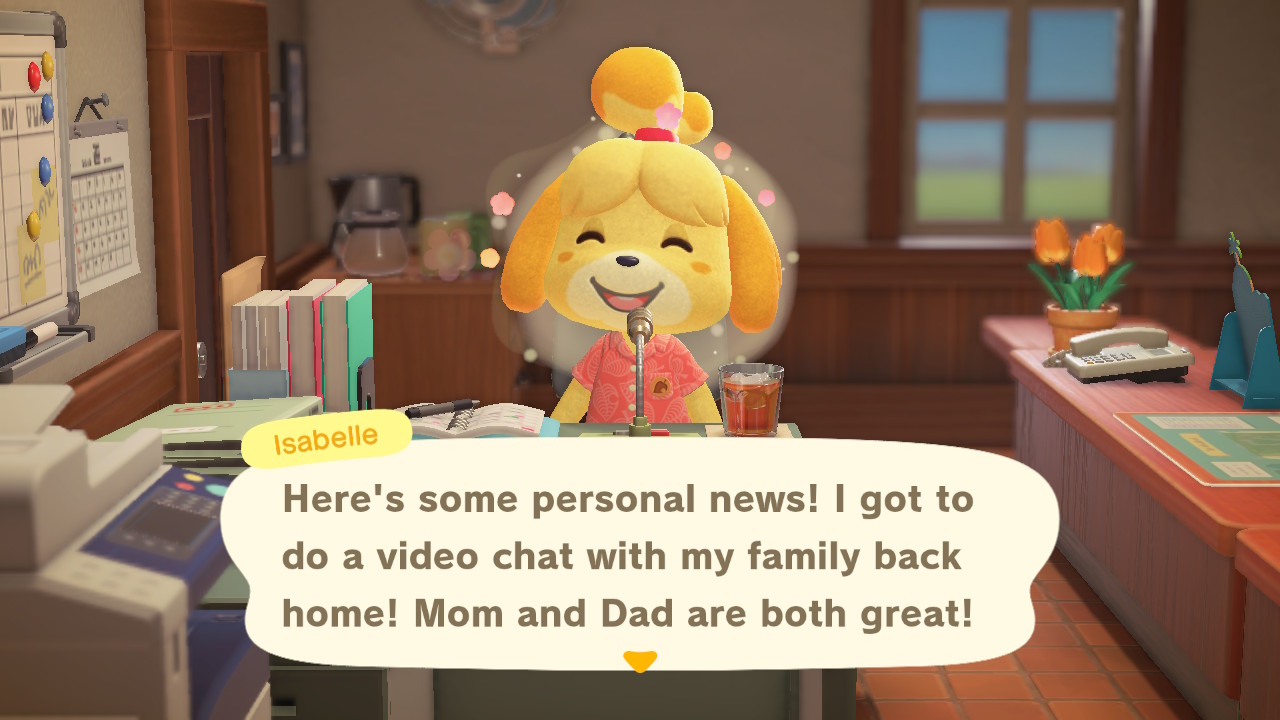 “It just gives me at least a little tiny bit of that feeling that I am being productive in my life,” said Nicole Strounine, a student at Hunter College, who has logged over 300 hours playing Animal Crossing since downloading the game in late March. “And I don’t even have the most hours logged of my friends! I know a few people who are pushing nearly 400 hours of game time.”

Which means, for those of you keeping score at home, they would have had to have spent somewhere around 9 hours a day playing Animal Crossing since its release on March 20th.

“I play the game because it’s fun. It’s so soothing and cute, and I feel like I can actually have some control over my life and my world in Animal Crossing,” said Strounine. “Which is more than I can say about the ‘real world’ these days.” 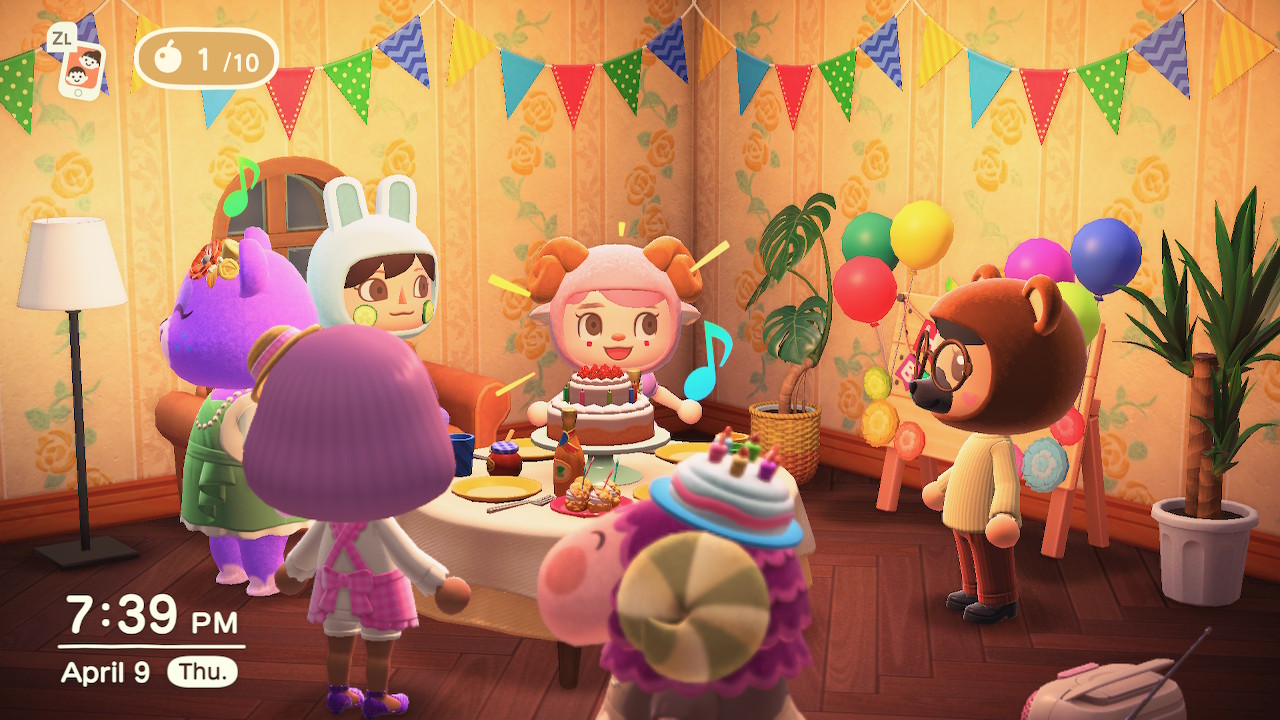 “Since I’ve been a ‘grown-up’, I’ve always looked at video games as a waste of time,” Chase Mattioli added, a data science expert who had been working remotely for about a year before all of this started. “But with this pandemic going on, a soothing waste of time is really just what I needed.”

But more than just a soothing way to waste time, Animal Crossing has become a place for socialization, friendship, and even love.

“It’s sort of like the new water cooler, you know?” said Mattioli. “I had just started working with this new company, and I didn’t really have a chance to get to know anyone before quarantine started, so those first few zoom calls were pretty awkward just looking at a bunch of faces I didn’t know anything about.”

“But, a few days in, when we were all going around saying what we had been doing to keep sane these days, I told my coworkers about my island, and instantly three or four of my coworkers instantly opened up, ‘Oh my god you play Animal Crossing? What fruits do you have growing on your island? Can I come over?’ and so now we sometimes hang out outside of work on our islands, or just fill the empty space at the beginning of our work meetings talking about the latest drama between our villagers.” said Mattioli

Strounine, who turned 24 a few weeks ago in early April, even had her birthday party on her virtual island. “It was actually a pretty good time,” said Strounine. “It was sad that I could only have eight people over, (Nintendo limits online visitors to eight at a time) but it was so nice to feel like I wasn’t stuck at home doing nothing on my birthday. I set up a huge scavenger hunt all over my island, we played musical chairs and had a race with an obstacle course. People even brought presents!” 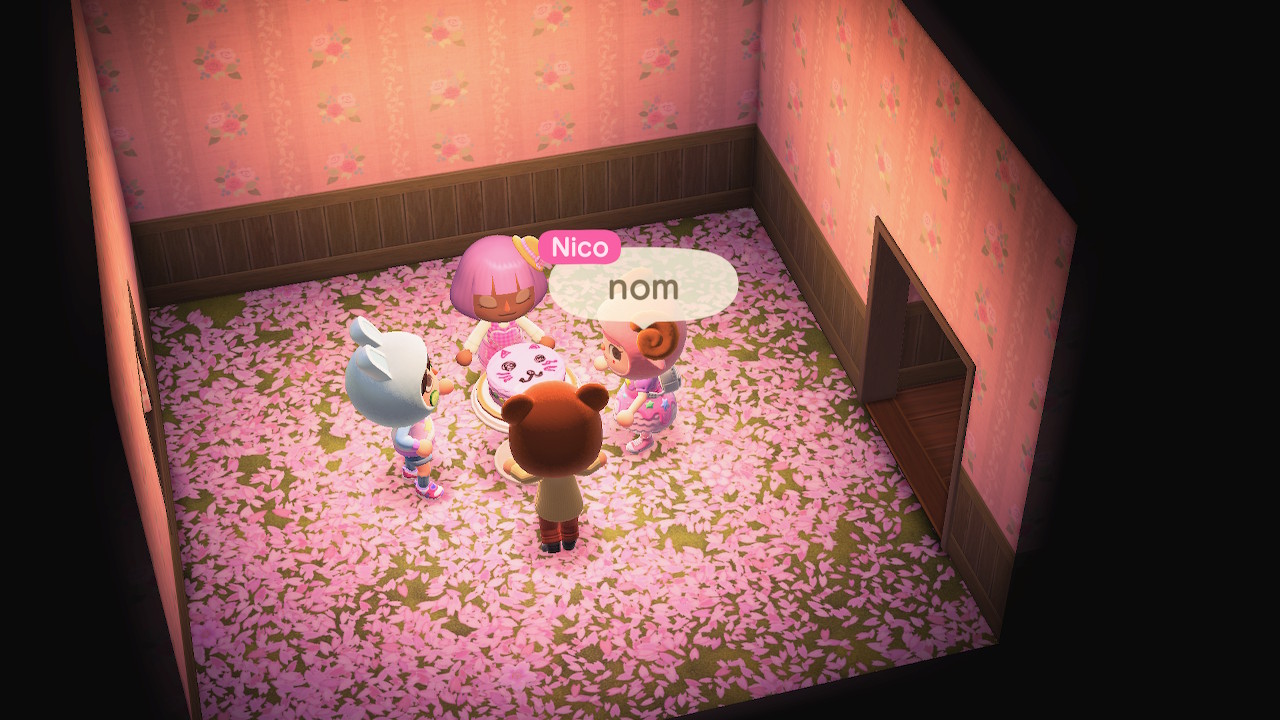 However, people have been using Animal Crossing for more than just birthday parties and after-work mingling sessions. They have been holding meetings, dates, and weddings on their virtual islands.

Protesters from Hong Kong have even been utilizing the platform to continue their protest. “Animal Crossing is fast becoming a new way for Hong Kong protesters to fight for democracy!” Joshua Wong, leader of Demosisto, the Hong Kong youth activist group, wrote on his Twitter last week.

“After the outbreak of coronavirus, it was difficult to organize physical gatherings,” Wong continued on Twitter. “With a new game out, we can have virtual protests and we just have to use our creativity to make a new kind of protest tool,” he concluded

But for most people, Animal Crossing has just been the perfect escape from our current predicament.

“I may not be able to go and see my friends irl, and I may be about two inches away from a complete mental breakdown,” said Strounine. “But at least my island looks cute.”